During RaiseMe’s Inaugural Hack Week, teams collaborated across departments on creative projects and brought the competition.

Last week, our engineers, product managers, and designers took a break from the daily grind to work on an innovative project (or several!) of their choice. People across all departments had the option to form teams and participate, and showcase their prototypes to the entire company to win prizes (and bragging rights).

You may wonder, why did we do this? As an early stage startup, resources are precious and time is short! On the contrary, we found that this process showcased incredibly innovative ideas that we can build upon as we continue to grow fast. Moreover, this creative outlet is completely aligned with our core values, particularly Always Be Improving, Be a Scientist, and Be Inclusive.

In anticipation of Hack Week, we had a “Pitch Party”, where folks from across the company got up to present their ideas and tried to persuade people to form teams to work on their idea. Even though this was our first hack week, we were blown away that over 40 incredible ideas presented!

The Week of Hacking

On Monday 10/28, teams were off to the races! Many teams were formed and folks were working with colleagues that they don’t normally get to interact with. The teams not only crossed functional barriers (Customer Success, Growth, Engineering & Sales), but even crossed geographic borders with many teams made up of folks on the east & west coasts.

During the week, the energy throughout the office was palpable, as people found all sorts of nooks and crannies to work together and really crank on problem-solving with a passion! Lots of calls with users, Zoom meetings to collaborate across the country, and good old fashioned “camping out” in our office Dining Hall.

Team sizes varied from one person to a dozen folks working on one idea. Each team approached their problems differently: some spent the whole first day really understanding the problem they were solving, others started hacking on day one, yet other teams did a whole design sprint with solid user research & double-diamond design.

The one true theme across all the approaches and teams was creative collaboration.

The Monday after hack week, the final 16 teams presented what they accomplished in the week. The projects varied from well thought-out designs and user experiences, through process changes to working proof of concepts and ready-to-ship prototypes. We had a small panel of judges which included our CEO, our Sr. Director of Operations and one of our investors from OWL Ventures. Additionally, every team member was able to vote directly on each project!

We had 3 winning projects, including a runner up, Judge’s Choice and the ever-popular People’s Choice.

Our People’s Choice award was given to this Treasured Trio with a business intelligence web application for embedding data visualizations into RaiseMe.

The Judge’s Choice award went to the Messaging++ project by this Fantastic Five that not only refactored our legacy messaging system, but solved new needs that were discovered by chatting with our college partners during the process.

And finally, our Runners’ Up prize was awarded to the Noteworthy Nine (including 5 remote folks who couldn’t make the photo) for their submission of Project Golden Gate!

All in all, Hack Week 2019 was a success and we got a lot of great ideas (some might even make it on the roadmap!). More importantly, the team got a chance to work with people they don’t normally see day-to-day and were able to showcase the width & breadth of their skills. And most of all, we had heaps of fun!

10/10 will do this again next year, maybe more than once…

Want to learn more about working at RaiseMe? Check out our jobs page.

Cecilia is the Senior Manager for Content, Community, and Brand at RaiseMe. She leads all of RaiseMe’s communications efforts and got her career start working in higher education marketing. She loves to connect with different members of RaiseMe’s community of students, educators, and parents! In her spare time, Cecilia enjoys hiking, taking road trips, and spending time by the water. 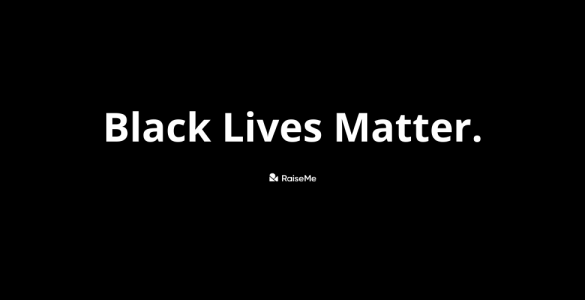 Our commitment to racial justice: a statement from RaiseMe’s Co-Founder and CEO

Racism, police brutality, and violence have no place in our society. Read more about our commitment to eradicating racial... 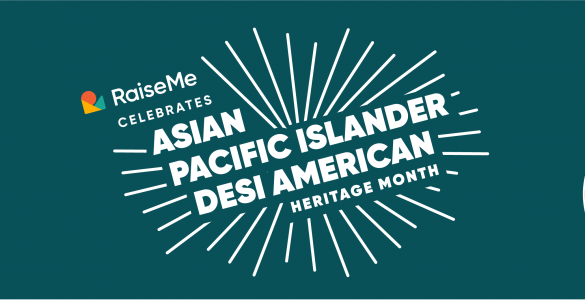 Get inspired by these artists for Asian Pacific Islander Desi American History Month!

RaiseMe is taking a step back during the month of May to explore and celebrate the diverse experiences amongst Asian American and Pacific Islanders.