RaiseMe Educator Ambassador Shamoon Ebrahimi chatted with RaiseMe about his data-driven approach to counseling, his passion for teams and students, and the “small wins” that make all the hard work worth it.

Shamoon Ebrahimi, school counselor at Maine West High School in Des Plaines, Illinois, didn’t always plan on becoming a counselor. But in 2000, while studying marketing at the University of Connecticut, it dawned on him that he might be on the wrong path.

“I realized that this doesn’t bring me much happiness. What really brings me happiness was what I thought I liked originally, which was probably to be a school counselor.”

Since then, Ebrahimi’s career in education has taken him from academic advising at a for-profit university in Chicago, to finding his true calling in high school counseling. Over the past decade, Ebrahimi has had a massive impact transforming departments at Amundsen High School in Chicago, and now at Maine West, through a data-driven approach to counseling that combines a deep commitment to student outcomes, analytical thinking, and thoughtful nurturing of relationships and culture with both students and fellow educators.

We got to sit down with Ebrahimi to learn about his unique journey to education, what motivates and inspires him, and the guiding principle that has sustained him through the challenging moments, namely, that, “if you are truly passionate about what you do, and you mean well, and you come to work every day trying to always be better, and you’re about the kids, people will follow.”

On Paying it Forward.

In part, Ebrahimi said, he can trace his interest in wanting to pursue a career in a helping profession to his early experience of overcoming “political turmoil, language and communication barriers, and financial difficulties” as an Assyrian immigrant to the United States from Iran.

Born in 1980, one year after the 1979 Iran Revolution, Ebrahimi grew up “in a very controversial time,” he told us, one that became increasingly politically tumultuous over the course of his early childhood.

Eventually, his family left Iran for Germany, where they lived for two years as refugees before obtaining a visa to come to the United States and put down roots in Connecticut. Ebrahimi went on to graduate from New Britain High School in 1999, encountering many supportive mentors who provided inspiration and motivation along the way.

“My parents raised my sister and I on blue collar factory jobs. Along the way I met a lot of mentors and people who influenced my life that ultimately shaped my interest in wanting to pursue a helping profession, and particularly one in education.”

On myriad occasions throughout his career, Ebrahimi has been able to pay it forward, becoming the type of counselor who always puts students first, and who nurtures an inclusive campus environment through his actions.

In one example that he shared, Ebrahimi was meeting with a student who had recently moved to the US from Poland, and was able to quickly break the ice by sharing photos of his family and cracking some lighthearted jokes.

“It’s all smiles the whole time because I’m able to build a relationship with her and crack a joke and ask questions to learn more about her culture, and give her some information about me. She gets to see pictures of my kids in my office. There’s an activity fair outside right after our meeting. And I walk her over there, and I introduced her to some kids and some assistant principals. She gets to see that, yes, it’s different here, but you’re welcome here and you’re able to talk to people. If you ever get lost, there’s people here that are willing to talk to you if you want to make friends, there’s a club here that you’re going to be able to join. So don’t be afraid to ask questions. Don’t be afraid when things go wrong. And you can always come back here.”

It’s moments like these that Ebrahimi says he would rest his career on. “Don’t get me wrong, I have my bad days,” he said, “but I try and take pride in all a lot of these small wins.”

On Taking a Data-Driven Approach to Counseling.

For Ebrahimi, there is no shortage of those “small wins,” or moments of deep personal connection, that make all the hard work worth it. But he’s also managed to achieve a number of milestones by taking a data-driven approach to counseling that highlights his fierce commitment to the professionalism of the field.

At both Amundsen and Maine West, Ebrahimi has launched initiatives that involve leveraging existing datasets—achievement data, behavior data, and attendance data, for instance—to be able to “see what the problems are ahead of time,” and then to “proactively start figuring out ways to solve those issues through the counseling role.”

“Instead of just doing things that we think will be helpful, we actually look at the data. We deliver a service, we inform our groups, we inform our plans, we execute them. And then we try to see, by looking back at that same data: did it work?” he shared.

Put to use, this practice might look like the creation of a lunchtime tutoring program that leverages data to combat achievement gaps among freshmen, (which Ebrahimi successfully launched with his team at Amundsen to improve freshman on-track rates by 13.5% after the first semester of implementation). Or, it could be the utilization of standardized test scores, grades, interests, aptitudes, and experiences to improve student course selection during individual planning sessions.

Spearheading this kind of cultural shift toward a more comprehensive, data-driven mindset in both counseling departments would be accomplishment enough. But Ebrahimi and his teams at both high schools took things one step further, meeting the criteria to become Recognized ASCA Model Programs (also known as RAMP).

Intentionality and What’s Next.

This intentionality is core to what makes Ebrahimi’s work so impactful, and it doesn’t stop with his work with students. When he’s not busy counseling, he’s usually stealing half an hour after the kids are in bed to answer parent emails, carving out time to pursue a graduate degree, or even reading a book like The Culture Code, in hopes of improving culture and morale on his department’s team.

“The counseling role is really, really, really, complex. There’s so much to this job that is not just about helping kids go to college and make sense of career plans. And when we do it for a very long time, we forget to take care of ourselves sometimes. I want to get back to that now.”

Want to help your students discover their paths to college and earn micro-scholarships for their achievements? Log in to RaiseMe’s educator portal. 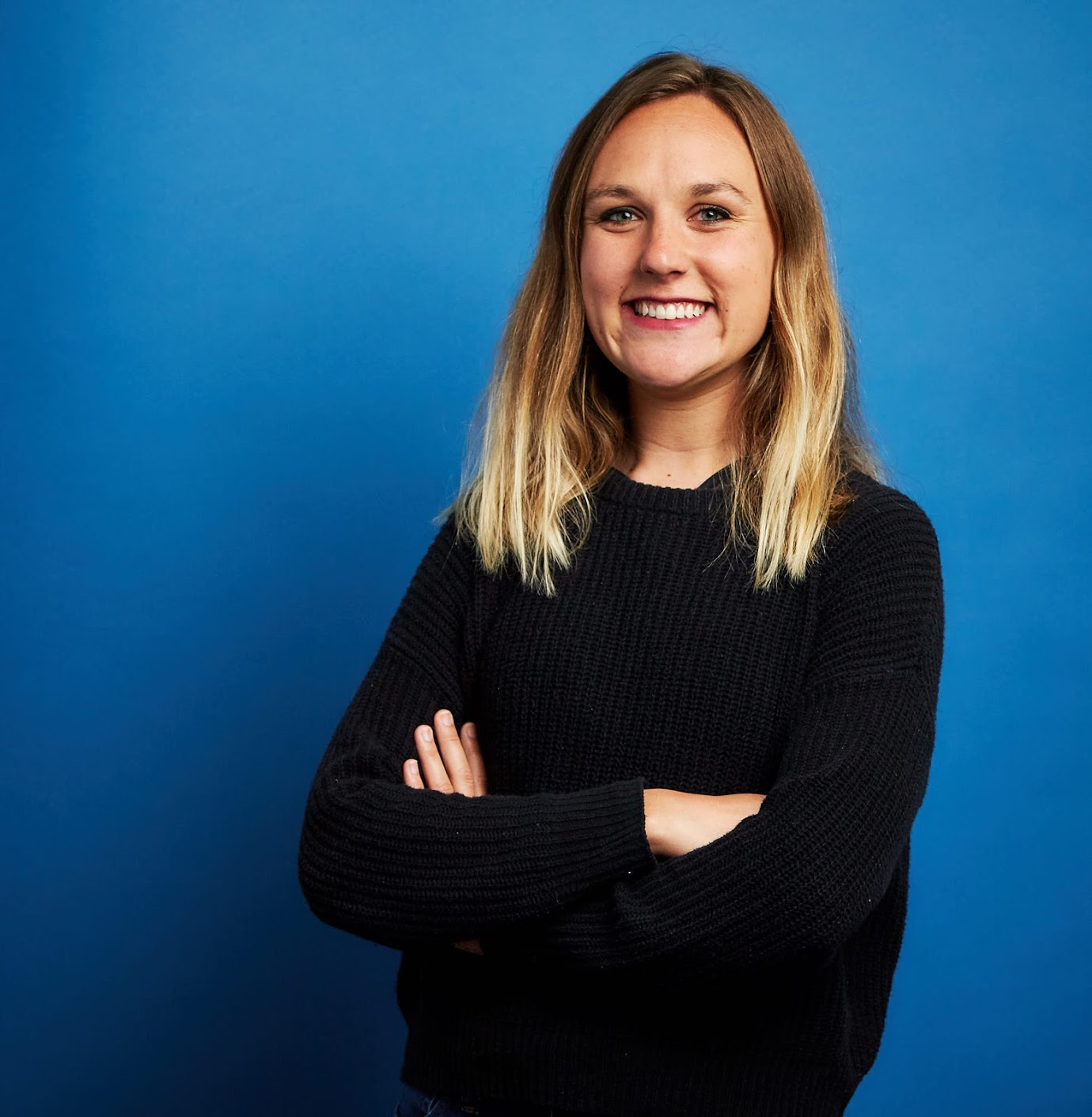 Jenna works on educator partnerships at RaiseMe. Prior, Jenna spent time working at the Department of Education’s Office for Civil Rights, and as a volunteer teacher with Citizen Schools. In her free time, Jenna loves cooking, swimming, and listening to podcasts. 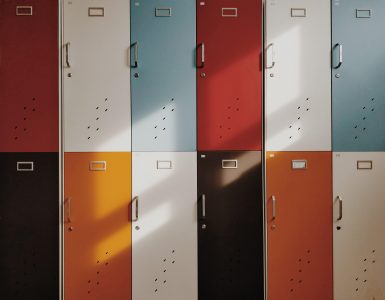 RaiseMe: Everything Educators Need To Know for Back-to-School and More

A comprehensive overview for getting your high school students started with RaiseMe. 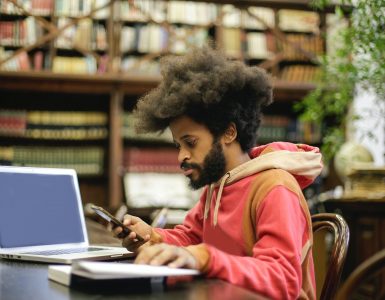 A few pieces of advice from RaiseMe's Community College Partnerships Lead, Dr. Tara Zirkel, about starting off your fall semester the right way. 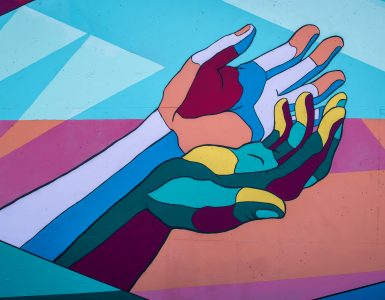 A recap of the RaiseMe webinar featuring panelists from across the education landscape speaking to the supports being put in place to address student mental health.