3 Lessons I Learned from Getting my first C

Alex Jay Phillips (he/him and they/them) is a writer, actor, dancer, and singer from North Philly with an unhealthy love for smoothies. Alex is a freshman at Rowan University, majoring in theatre (with a concentration in acting-directing) and minoring in dance, where he is active on campus as a member of the Residential Hall Advisory Board. He has been published on Teen Vogue and GLSEN.org and specializes in short stories, poems, and op-ed articles, and also serves as a member of GLSEN”s National Student Council. Alex’s mission is spreading truth and good vibes and making sure everyone (even you!) is having a good day.

Alex earned $4,580 in micro-scholarships from Rowan University on RaiseMe. Read below to find out how he overcame the the shock and stress of experiencing less-than-perfect grades during high school.

William Shakespeare (or as I call him, Willy Shakes) once said that “some are born great, some achieve greatness, and others have greatness thrust upon them.” So if you’re a child of Shining Star Syndrome, are you some strange conglomeration of the three?

What exactly is Shining Star Syndrome? Here’s a personal example.

In third grade, I was taking the fourth grade English classes, and in sixth grade, I earned a scholarship to attend a private school. I spent most of my academic life being adored by teachers and receiving As and Bs with no issue. In colloquial terms, one can say I was ‘flexing.’

So when I received my first C in freshman year of high school, it felt like a rug was pulled from under me. I cried for hours and, even to this day, I shiver thinking about it.

I thought I had disappointed everyone. Even worse, I felt like I was lied to as if maybe I actually wasn’t that smart and teachers just said that to make me feel better. My self-confidence and motivation were completely shattered. Who am I if I’m not ‘smart?’

Fortunately, I am building myself up again. Along the way, I learned three things.

1. Be your own motivation!

This revelation came to me the night before junior year course selection.

I was making a decision between English 3 or AP Language and Composition. The obvious choice was to go to AP Lang. I was still on the whole ‘proving my intelligence’ thing, and I was worried about what my parents or future college admissions officers would think.

Before placing my pen to the course selection sheet, I weighed the circumstances. At the time, I was dealing with depression and my anxiety levels were high, which made school difficult enough. I was taking all Honors classes, which came with a workload that my mental illnesses didn’t quite appreciate.

So I thought, “If I’m having trouble with my Honors classes, can I handle an AP class?”

I chose English 3. With confidence, I can say that it was one of the best decisions I’ve ever made. I loved the class! The teacher was enthusiastic, the assignments were thought-provoking, and my writing improved. Meanwhile, I listened to the horror stories from my AP friends and congratulated myself for dodging that bullet. Of course, I’m not saying that one shouldn’t challenge themselves. That year, I took Honors Chemistry and Geometry, which were both challenging, but I felt satisfied instead of overwhelmed.

That decision was the first step to building my confidence back. I learned that I didn’t need to prove myself to anyone. The only person you owe is yourself and, as long as you’re proud of what you’re doing, it’ll all work out.

After all, what’s the point of doing anything if you aren’t satisfied? At the end of the day, you’re the one taking the class and attending school, not anyone else. Be proud of what you’re doing.

2. Discover your own intelligence!

I love writing… and acting… and dancing… and singing. Basically, anything creative. You know what I hate? Math.

Sadly, the schools I attended made it seem like math was the only important subject. Don’t get me wrong, math is definitely important, but not everyone thinks in terms of numbers and logic. In fact, there is a theory that there are nine different types of intelligence (all outlined in this article).

I used to think I was stupid because I couldn’t solve math problems as quickly as other students. I tried so hard to fit into that specific mold that I neglected to acknowledge the talents I already had.

The great thing about being in an educational environment is being surrounded by people with different abilities and walks of life. So the best and most authentic way to live is to grow your own talents and instead of trying to fill a mold. After all, we’re human beings, not clay.

From a young age, we are told to not draw attention to ourselves and that it’s impolite to brag. That’s true to an extent, but it becomes harmful when we feel the need to shrink or downplay ourselves for the sake of humility.

There’s a difference between “I am proud of my dancing and I’m great at it” and “I’m a great dancer and I’m better than you at it.” One is confidence and one is arrogance. But too often, the two are conflated and both statements are seen as displaying arrogance.

So when we’re complimented, we say “Oh it wasn’t that good…” because it’s become socially acceptable to be ashamed of our abilities.

And to that I say, screw society, own it!

You love dancing? Take a dance improv class and volunteer to dance in the center.

Love math? Make some YouTube videos of you breaking down equations. A writer? Get started on that idea you have floating around in your head. Own it! And if someone is better than you (which is inevitable), learn from them!

It won’t be easy, but it is so worth it. Just a few years ago, I was the person in the back of my classroom, scribbling lines. And now… you’re reading my words on the internet. Funny how that works.

We are all intelligent in some way, shape or form. With the billions of people on this earth, it’s ridiculous to try to fit every individual into one definition. Intelligence is not nearly so rigid. It’s very fluid, the definition constantly changing. So let’s create our own definitions. Achieve greatness, don’t let it be thrust upon you.

Cecilia is the Senior Manager for Content, Community, and Brand at RaiseMe. She leads all of RaiseMe’s communications efforts and got her career start working in higher education marketing. She loves to connect with different members of RaiseMe’s community of students, educators, and parents! In her spare time, Cecilia enjoys hiking, taking road trips, and spending time by the water. 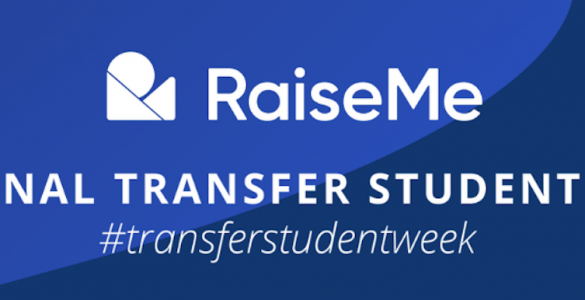 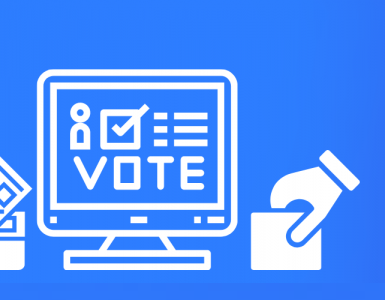 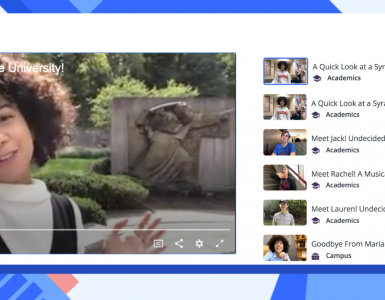